As foreigners, not familiar with Thailand or the language, we all make silly and expensive (and sometimes dangerous) mistakes. Take something as simple as water, for instance. When I first came to Thailand, I bought bottled water every day, costing 10 baht/liter. I hardly ever bought bottled water at home in the UK, where it cost about 25 baht/liter at that time. But because it was so “cheap”, I drank bottled water every day… not knowing that there are filtered-water machines at virtually every corner, dispensing clean, safe water at a mere ½  baht/liter!

As for renting accommodation, I was happy to spend 20,000 baht per month in Bangkok on a small but nice 2-bed condo with a beautiful communal garden, gym and two swimming pools… not knowing that I could have a whole house (albeit on the outskirts of town) for less than 8,000 baht. After having spent 50,000 baht per month on a small house just outside London (and that was considered fairly inexpensive), 20,000 baht seemed like peanuts. The problem is that I was no longer earning UK Pounds – indeed, I was living off capital that I had saved up for my transfer to Thailand – thinking I would be making a decent income within a year or two. Well, it’s not so easy to make money in Thailand if you ultimately decide to live here (something I will discuss with you later in more detail).

Even my colleague, David Yow, who researched Thailand carefully for about a year before coming here, then spent a few weeks on vacation before coming to live in Chiang Mai for three months to arrange his affairs so that he could settle in Thailand permanently… He vowed not to overspend and to attempt to live as an expat, not a tourist. But no matter how hard he tried, he still ended up spending $8,000 overall for the trip. He would have spent even more had I not intervened and prevented him from squandering another $8,000 or so.

Another friend of mine, Binita, had also done extensive research for her 3-month stay in Chiang Mai. She didn’t feel the need for any (costly) advice from me and managed to find a beautiful one-bedroom condo overlooking the city on one side and the mountain on the other. It “only” cost her 12,000 baht per month. It’s not really all that expensive, considering that the furnishings were very comfortable. However, she complained that it ate into her limited budget – as she’d just left her job, her boyfriend and her old life to start anew. So she needed to be careful about her costs. I could have found her a more modest apartment nearer the town center for no more than 7,000 baht. She admitted that she felt a bit isolated being way out near the mountain (despite being only a 10-minute motorcycle ride into town).

She also rushed over to Laos for her “visa run”. This is when you have to cross over the border to extend your visa if you wish to prolong your stay longer than one or two months. She’d checked all the websites and forums and it all seemed very straight forward. And usually it is. She got tripped up in a tiny detail, however. Everything she had read up so far concerned the rules for “westerners”, people from Europe, USA/Canada, Australia. As an Indian national, her visa extension was refused and she had to re-enter Thailand with a 14-day visa-on-arrival, then spend a considerable amount of time (and money) getting the right paperwork together and flying back to India to apply for the correct type of visa. She wasted the best part of a week and it cost her over 20,000 baht.

When you’re on holiday, the money isn’t so important perhaps – but wasting time on bureaucracy is! I put her in touch with a reputable (and inexpensive) visa expert. When she returned, I asked what visa she obtained. She said she didn’t engage the agent after all because he didn’t tell her anything she didn’t already know!  Instead she got a double-entry tourist visa, which will allow her to stay for four months (but she has to leave the country again), and if she wishes to apply for a longer term education or working visa, she’ll have to leave the country once more. Because of her pride, she won’t pay for professional services that would save her the hassle  of leaving the country each time (there’s a way to convert a tourist visa into a long-stay visa if you make the proper application). She might still get it wrong, there are so many little details that you can trip up on, small details that aren’t usually spelled out on the websites or forums. Her false sense of economy isn’t saving her money either. She may have saved on professional fees, but she spent at least as much if not more on the travel expenses. I’m afraid I can’t help people like her, even if she asks for it. She did call me up often (as well as several other knowledgeable acquaintances) for friendly (and lengthy) conversations, casually asking for information each time; but she didn’t act on the advice she was given nor pay a fee of any kind. In return for my (unpaid) efforts to help her, I asked her to tell her story on video for this website as a salutary warning to others. But she declined.

As for my good friend, William McKinnon – a stock broker, so you’d have thought he had more sense – he ended up courting a beautiful English-speaking Thai woman for over a year, visiting her several times a year (from South Africa). They decided to get married. A week before flying from Johannesburg to Bangkok for the wedding, William got a call from his fiancée saying that she’s just got married to someone else and so no need to come back to Thailand! Apparently, she’d been dating two other men and decided to marry the man she thought was the wealthiest. It didn’t work out. A year later they were divorced. But William had lost interest by then. He came to live in Thailand anyway in order set up a business here. It cost him a fortune. He knew no Thai, but he loved the women and drank excessively. He wined and dined every night and had a new girlfriend every week. But he couldn’t find anyone that he could “connect” with. His business failed also and he returned home to South Africa a broken man (not to mention, broke). He became very depressed and died while driving his BMW perhaps a bit too recklessly near his home. It’s not always money you lose in Thailand. You can also lose your heart, as well as your life.

Another friend, Barry, came with his new wife for a honeymoon in Thailand to stay at a beautiful resort on Ko Chang (“elephant island”). A week into his stay, they clambered onto an over-laden songtaew (“taxi van”) to take them over the mountain to their resort. The driver knew the winding hills backwards, so he drove fast and recklessly, overtaking traffic around the bends. When he tried to avoid an oncoming car, Barry and his wife were flung from the van. They survived, but he broke his elbow and a few ribs. His wife fractured her pelvis. They spent the next month in hospital before flying home. Barry came back two years later as he didn’t want to keep a sour memory of his experience in Thailand permanently and had a very enjoyable stay the second time around. His wife refused to join him and she’s never returned to Thailand.

Then there’s my friend Gunter – a retired mechanic from Germany, not particularly wealthy, but married several years to a loyal Thai woman with a daughter of her own. He gave her his life’s savings of two million baht to start a little business, renting out practice rooms and recording studios to local musicians. In the UK, I was a small-business start-up consultant and I offered to help him. I said I could put together a working business plan, help with the financial planning, and source experienced and reliable craftsmen who could help install the appropriate fittings and fixtures. He said: “No need. My wife and her daughter are dealing with all that.”

I bumped into him by chance about a year later in a small village just outside Chiang Mai. “How’s business?” I asked. “A disaster!” he replied. His entire savings had been used up and the construction still isn’t complete. His wife’s daughter had an argument with her boyfriend (who was going to run the studio). He left and now there’s no-one else who understands the business. The daughter lost interest and refused to help with minding the store. The income barely covered the rent and electricity costs. Gunter confronted his wife, he has no more money and cannot even afford to return home. She agreed for him to go live with her family in Chiang Mai where they take care of him while she stays on in Bangkok running the zero-profit business.

You’ll read about so many stories about people who’ve had bad experiences, lost their money (or their hearts or even their lives) in Thailand. And you’ll read about the scams – like the jet ski rental scam in Pattaya, but no matter how prepared you think you are, there’s always a new and sometimes quite subtle or sophisticated scam to trip you up.

Thailand is a wonderful, exciting, friendly, cheap and safe country to visit and live in – but it’s also a completely foreign country, almost the diametric opposite culturally to our Western way of life. You can have a truly enjoyable experience, not to mention fall in love (with the country and a girl/boyfriend or two, or three…) 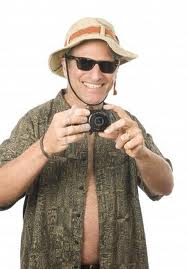 But if you come here without understanding the subtleties of life in Thailand and ignorant about the typical scams or the law then you risk doing something really stupid, as in any foreign country you’re not familiar with.

Before you come to Thailand, I urge you to schedule your personal consult with me. I will save you money and give you valuable peace-of-mind before coming here – if it’s your first, second or even your third trip, I can make your trip much more enjoyable. Even if you’ve stumbled upon my website while you’re already in Thailand, I can still be of great value to you in almost every possible way. And don’t be shy to ask me sensitive or private questions because all consultations are strictly confidential.